The following  Questionnaire will assist you in determining what types of stewardship and recovery strategies relating to non-aquatic species are the most applicable for your property.

Most Colorado wildlife species use streams and riparian ecosystems at some time during their lives. Even species such as mule deer, who range widely throughout the landscape, depend on riparian areas for fawning and shelter during the winter. Other wildlife that use riparian areas include small mammals such as cottontail rabbits and mice that feed on the abundant vegetation growing along streams. In turn, these small mammals, as well as snakes and fish, are prey for foxes, raccoons and other carnivores. Additionally, the trees growing around streams are prime nesting habitat for hawks and other raptors, and numerous other bird species. Many of the same species that are in riparian corridors also use the upland areas for hunting, foraging and shelter.

The species of wildlife present on your property will have influences on the vegetation and the function of the river, not to mention the experiences you will have. One of the main ways that plants spread are by wildlife and as we have learned in this Handbook, vegetation is closely tied to many functions in a riparian corridor. When an animal eats berries or other plant ‘fruits,’ the plant is using the animal to transport its seeds to a new location. When the animal passes the seeds, they are deposited with feces that are rich in nutrients for the plant to start growing. Seeds are also carried by wildlife when they stick to an animal’s fur or hair. Eventually they fall off and can sprout in their new location. Animals will also influence your property when they move materials around to create homes. This could include logs, dirt, dead woody material or leaves and plant material. These changes will obviously have effects on the rest of your property. 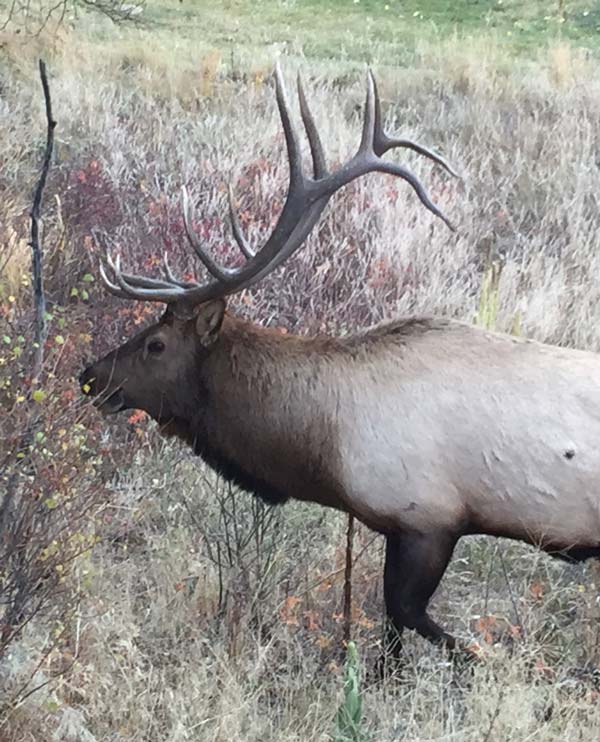 When assessing non-aquatic habitat on your property, you will want to consider what types of animals are desirable and compatible with your property and land use, including livestock that you or neighbors keep. You will want to manage grazing and rangeland effectively, as well as reduce the potential for wildlife/livestock conflicts. For example, if you keep chickens or other small livestock, you probably won’t want to promote fox habitat right next to the chicken coops/range area. Of course, you can promote fox/predator habitat on your property as long as you have an adequate way of protecting your livestock such as a buffer or fence. You will also want to consider what types of wildlife naturally live in your area.

High quality wildlife habitat is not confined to a single property. Most non-aquatic wildlife species thrive when their habitat is a large connected network of corridors and patches. within these areas, animals will hunt, breed and take shelter.

While this may seem obvious, areas of cover and shelter are crucial to the survival and health of wildlife species. Lack of cover causes deaths due to exposure during severe weather and increased vulnerability to predators. Vegetation, woody material and underground dens are the most common types of cover in Northern Colorado. 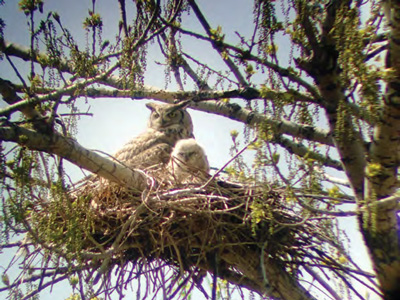 (hawks, eagles, and owls)
Raptors use large cottonwoods and other trees for nesting and as perching platforms to rest and survey for prey in the surrounding grasslands, fields, and wetlands. Often, dead trees are used by these birds because the lack of leaves allows for a clear view of the surrounding countryside. 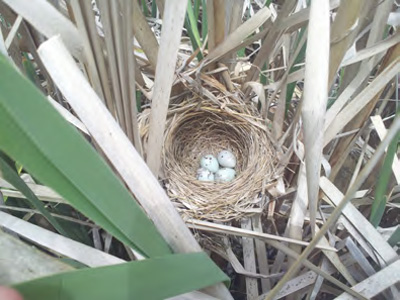 Many songbirds nest in a wide variety of large to small trees and feed on chokecherries and other berry producing shrubs. Other songbirds nest on the ground or, in the case of red-winged blackbirds, in cattails (see photo at right). Brush piles left by landowners may be used by songbirds for perching sites, especially if the piles are located near feeding or nest sites. 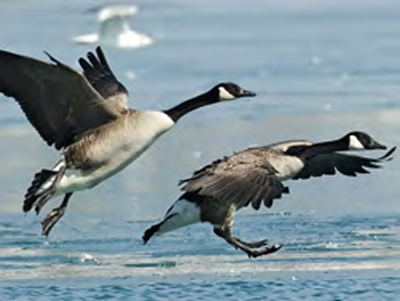 Bodies of water and associated wetlands are critical for waterfowl. They use the wetlands for feeding and shelter for nesting. Many waterfowl also feed in the surrounding fields and, in the case of geese, bluegrass lawns. 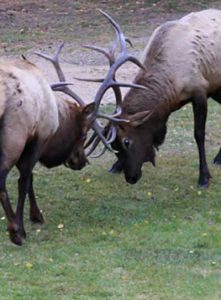 These mammals forage on a wide variety of vegetation from shrubs and trees such as mountain mahogany and aspen, flowers such as dandelions and cow parsnip, and grasses. Heavily grazed trees and shrubs will have a distinctive browse line at the point where these ungulates can reach, below which there are little or no twigs and leaves. Deer also notoriously feed on shrubs and flowers planted in gardens and lawns.

Thickets of shrubs and trees are important sources of shelter for deer and elk. White-tailed deer stick close to riparian woodlands and water sources most of the time making them hard to see. Mule deer range out into grasslands and shrub lands, but use thick woodlands to shelter their fawns and to take cover during extreme weather. Elk also shelter in woodlands and forests. 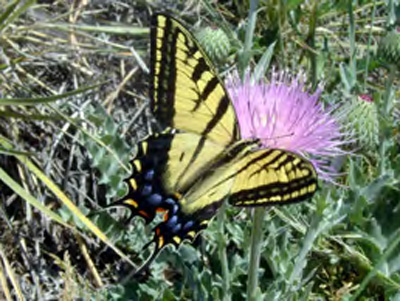 Wildflowers and flowering shrubs are food for bees, butterflies, hummingbirds and other pollinators. In return, these pollinators distribute pollen to other plants, a critical step in producing new seeds.

Rabbits, mice and other small mammals use brush piles for shelter, especially if located near water. They feed on the seeds and leaves of the vegetation growing in meadows and shrub lands as well. 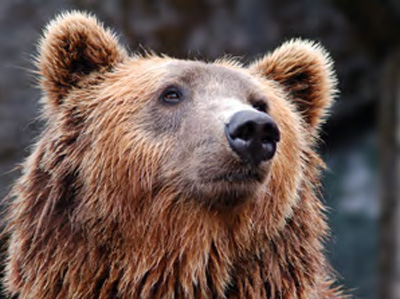 Bears are omnivores that will eat most anything – from berry laden shrubs, to insects, to small mammals to sugar water in hummingbird feeders. Especially in the fall when they are fattening up for winter hibernation, bears will search out high energy food such as chokecherries and other berry-producing shrubs. Bears are also known for foraging through garbage at homes and campsites. 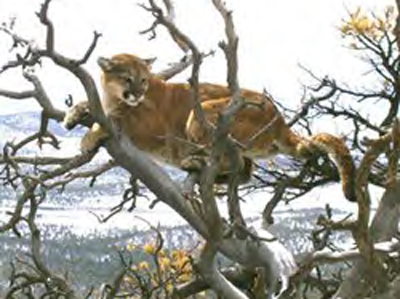 These predators tend to avoid human dwellings, but they do hunt for deer, rabbits and other small mammals. This means that they may enter or pass through your property while pursuing their prey. Mountain lions can also hunt and kill domestic animals ranging from smaller livestock to household pets.

Threatened, Endangered and Species of Concern

From the common garter snake to bald eagles, there are many rare non-aquatic species that are vulnerable to extinction in the Lefthand, Big Thompson, Little Thompson and St. Vrain watersheds. Any activity that may impact threatened and endangered species will require a permit process to protect the animals. Colorado Parks and Wildlife (CPW) keeps a list and description of all federally and state listed threatened and endangered species on their website. If you are unsure about if your project will impact a threatened or endangered species, contact Colorado Parks and Wildlife or U.S. Fish and Wildlife. The following pages contain brief descriptions of some of the threatened, endangered and species of concern you may encounter in Northern Colorado. 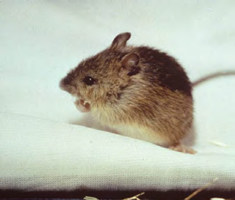 This small mouse, federally listed as threatened, is known to occur along the streams within the Lefthand, Big Thompson, Little Thompson and St. Vrain areas below 7,500 feet in elevation. Typically found near water, Preble’s prefers dense vegetation. In these areas, they can find shelter from predators.

Although bald eagles are no longer listed on the Endangered Species Act list, both bald and golden eagles are protected under the Bald and Golden Eagle Protection Act. Bald eagles are becoming more common in Northern Colorado roosting and nesting in large trees along rivers and lakes. Golden eagles usually nest on cliffs but occasionally nest in trees. Both birds hunt in a wide variety of habitats.
Photo courtesy of: Tony Hisgett

This clumsily flying insect has been found only along a few streams in the foothills from Douglas to Larimer Counties, along a narrow band from 5,600 to 6,900 feet in elevation. It is currently not listed under the Endangered Species Act, but it is a candidate species and may be listed in the future. 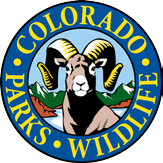 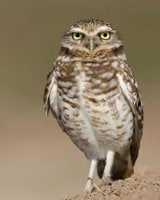 This small owl often nests in abandoned prairie dog holes. Burrowing owls are listed by the state of Colorado as threatened. Because of threats to their habitat and population, they are also protected under the Migratory Bird Treaty Act.
Photo courtesy of: Audubon Society 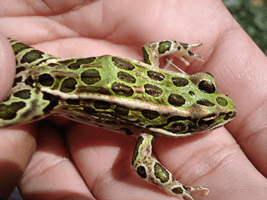 Found in wet meadows, marshes and long banks of ponds, streams and irrigation ditches, this small frog used to be much more common in Colorado. It is now rare or completely eliminated from many areas, particularly the mountains. As a result, it is listed by Colorado as a Species of Special Concern.
Photo courtesy of: BuBZ 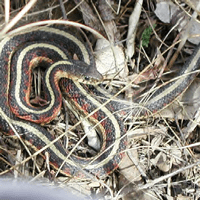 The common garter snake is no longer common and is listed by Colorado as a Species of Special Concern. Recent research has shown that the decline in garter snake populations may be tied to a decline in amphibians, which is a primary food source for the snakes. This is a great example of how small changes can have far-reaching impacts to a riparian corridor.